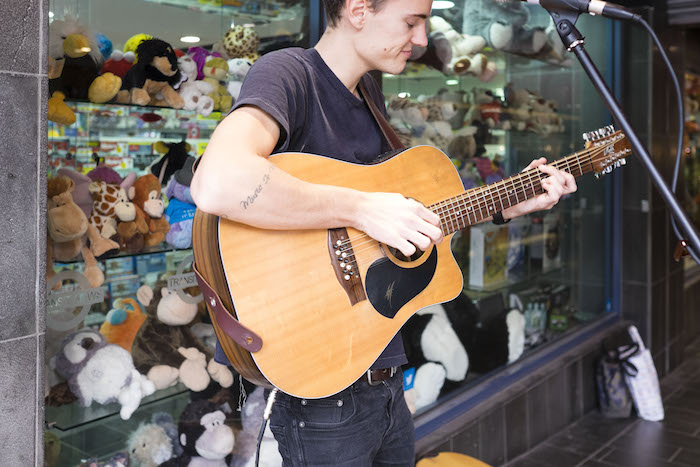 Part-virtuoso, part-folk musician, David began busking “for a bit of extra money between touring and to use it as practice.” Originally an instrumental guitarist, David became known for his intricate playing style. Now he has branched out to begin playing the keyboard and including vocals in his performances. Asked about Melbourne Central he says, “I love the people I have been meeting while busking there.” He equally loves our laneways: “I love their authenticity, it really resonates with what Melbourne is all about.” 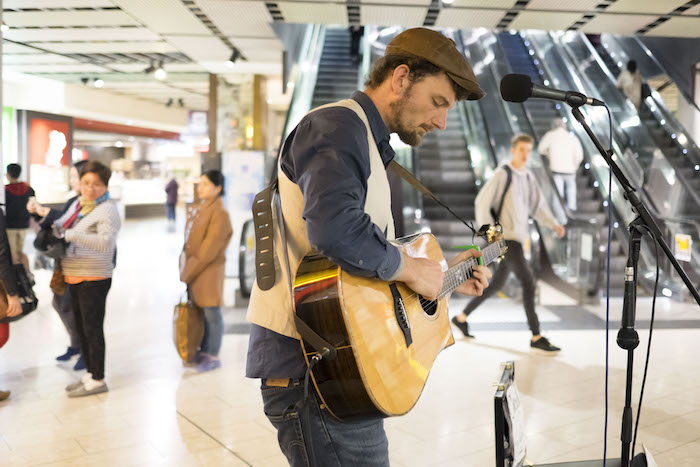 As his name suggests, Monsieur Remi comes to Melbourne from France and began busking on the streets to kill time while trying to find a job. “I kept going because I liked it and because I could see more and more how it was valuable for the community.” It’s this community that makes Remi come to Melbourne Central: “I like the diversity of the audience and the gratitude that people express to me, the life in Melbourne Central and the people working around me.” 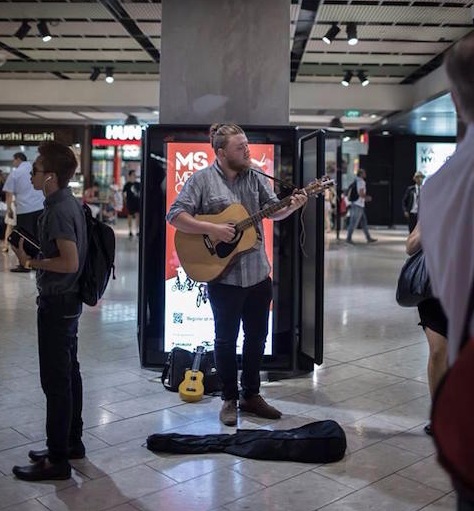 Twenty-two year old Bill Ryrie began busking in Melbourne Central in an attempt to pursue a career in music: “I had been playing music for a few years and decided to look into busking after friends and family recommended I try it out, which turns out was a great idea. I play music everyday and there’s nothing else I would rather do.” Bill says that it is the people that makes Melbourne Central such a special place to play, mentioning “the amazing artwork set up all through the laneways, particularly in Knox Place, which really brings a great vibe to the whole centre.” 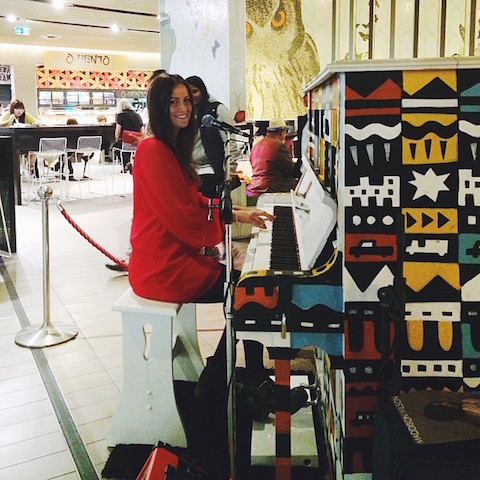