One of Australia’s finest contemporary singer-songwriters (and our newest bff), the much-loved Vance Joy prepares to release his third album In Our Own Sweet Time on June 10.  Written mostly during the pandemic, and fueled by old friends, new memories and finding love in a not-so-hopeless place, the album centres on the idea of creating a life – and a world – with someone. Catch Vance Joy playing live and meeting fans in Melbourne Central on Thursday 23 June at 5pm, signing copies of his new album.

Vance Joy’s previous two albums 2014’s dream your life away and 2018’s Nation of Two both reached #1 on the ARIA Albums Chart and have secured double-platinum status. Along with 5 billion global streams to his name, he also holds ten ARIA-certified platinum and multi-platinum singles, including ‘Riptide’ at 14x platinum, ‘Fire and the Flood’ at 5x platinum and ‘Georgia’, also 5x platinum. His second album Nation of Two cracked the Top 10 of Billboard’s ‘200’ Albums Chart on release and was #2 in Canada, and his songs have topped the radio charts in the US on more than one occasion.

His charm and unassuming talent have won hearts around the map, and saw him perform 83 dates on his Nation of Two Tour, with performances at dream venues including Red Rocks Amphitheatre in Colorado, Budweiser Stage in Toronto and Rod Laver Arena in his hometown of Melbourne.

MEET YOU UNDER THE CLOCK NEXT THURSDAY ⏰ 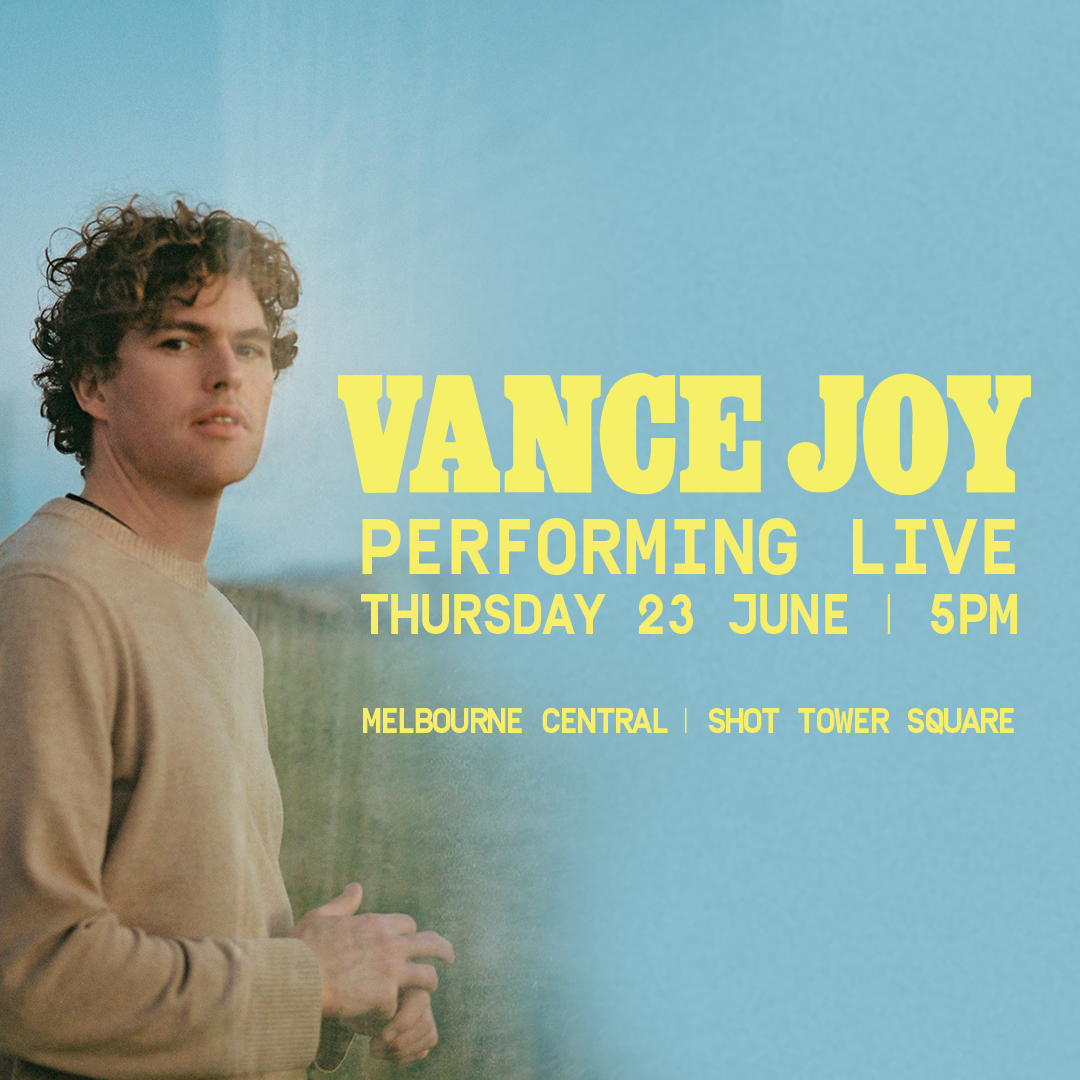